New Release - Before by Melissa Pearl 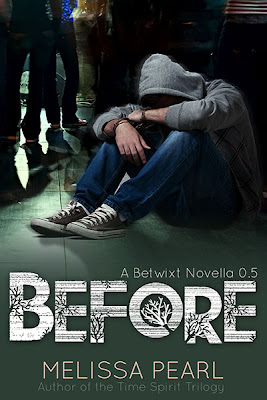 Dale Finnigan is a teenage rebel; he lives for parties, girls and joy riding in stolen cars. In spite of his uptight parents' constant warnings and lectures, he continues to run wild. His crazy lifestyle is the only way he can live and feel free…until his reckless behavior takes him down a path where there is no going back.

In this prequel to BETWIXT, find out who Dale Finnigan was before he became known as “scar-face”—the unassuming hero everyone underestimates.

WARNING: This book is intended for mature teen readers due to coarse language and mature content.

Purchase Links:
*On SALE for only 99 CENTS!*

Excerpt:
The car horn sounded like a trumpet, making me laugh hysterically. Hugh was anything but subtle. Jamming my feet into my Converse shoes, I tie the laces in a hurry and rush for the door.
"Where are you going?"
My mother, one of the shortest people I know, tries to block my way. I gently nudge her aside as I zip up my hoody. "I'm going out," I mumble.
"No you're not. It's Friday night. You have youth group. Your father is expecting to see you there."
"Well he's going to be disappointed...again. How many times do I have to tell you guys I'm not interested? I don't want to sound snarky, but I can't help it. I hate youth group. I hate church. I hate that my minister is my dad who is constantly harping on about it and forcing me to go to stuff that is as boring as hell. It's bad enough they force me to the Sunday morning snore-fest each week. I decided a few months ago, that my parents could stop stealing my Friday nights as well. I used to sneak out after youth group all the time, but it was getting tiring. The last few months of just skipping it have been much easier, although I could do without the arguments.”
"Dale, stop."
I don't bother holding in my sigh as I pause by the front door. My mother's voice, usually so soft and sweet has taken on a hard edge. It's been doing that a lot lately.
"You know the rules."
Do I ever!
"You must attend youth group. How do you think it looks to the parishioners when their own minister's son doesn't even show up?"
"I don't care how it looks." I spin around to face her. "I don't care what any of those people think. I'm not here to impress them. I never asked to be a minister's kid."
"Dale…"
"No! I'm going out."
Her expression crests with sadness before bunching into a tight frown.
I race out the door before she can stop me. Her voice chases me down the path all the way to Hugh's car. I slam the door shut, trying to block out the, "Dale, you get back here right now!"
"Go, man, go!"
Hugh nods and screeches away from the curb, but not fast enough for me to miss the tears welling in my mother's eyes. I shouldn't have looked back.
I hate that. Why does she have to go crying about it and making me feel bad? Maybe if her and Dad would stop lumping so many rules on me, and actually listen to what I had to say, I wouldn't have to cause her so much pain. This had been brewing for years, mostly without me knowing it, but at the end of my freshman year I just snapped. I couldn't play the role anymore. I refused to keep following the rules I thought were stupid. They weren't doing it because they loved me, they were just worried about what the damn church goers thought. It was all about appearances to them. I refused to follow some religion I wasn't even sure I believed in. Hypocrites were the worst kind of sinners, and I wasn't going to be lumped in with them.
No, I had chosen to swing to the complete opposite side of the spectrum. Having spent a lifetime living by the letter of the law, I was now doing my best to live as far from the law as possible. 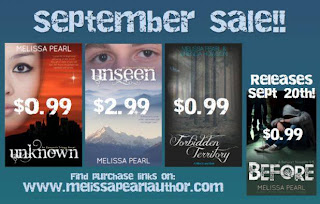 a Rafflecopter giveaway
Posted by Melissa Pearl at 8:30 AM 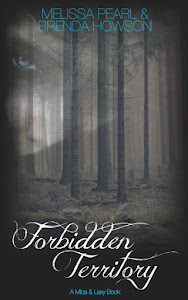 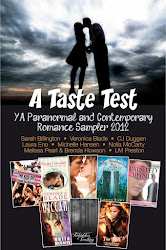